In this post, we’re continuing on with Part 2 of our favourite books, movies, and music, as voted on by teens from the Winnipeg Public Library Youth Advisory Councils, and staff.

The Grace Year by Kim Liggett

Sixteen-year-old Tierney James dreams of a better life—a society that doesn’t pit friend against friend or woman against woman, but as her own grace year draws near, she quickly realizes that it’s not just the brutal elements they must fear. It’s not even the poachers in the woods, men who are waiting for a chance to grab one of the girls in order to make a fortune on the black market. Their greatest threat may very well be each other.

Two Can Keep a Secret by Karen McManus

Ellery has heard all about Echo Ridge. Her aunt went missing there at age seventeen; only five years ago, a homecoming queen was killed. Now Ellery is living there, with a grandmother she barely knows. When someone declares open season on homecoming, another girl goes missing. It seems everyone in Echo Ridge is hiding something. The thing is, secrets are dangerous– and most people aren’t good at keeping them.

Released on May 24, Aladdin was another Disney live-action update of a well-loved classic. Follow Aladdin’s adventures as he frees a genie from a lamp, granting all of his wishes and transforming himself into a charming prince to marry a beautiful princess, and try not to sing along.

IT: Chapter 2 was one of the most liked movies amongst both library staff and teens this year, but of course, it begs the question:  which do you like better? The book, the made-for-TV movie with Tim Curry, or this latest version? 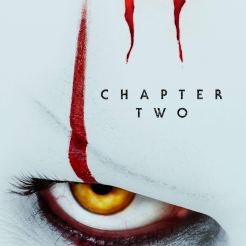 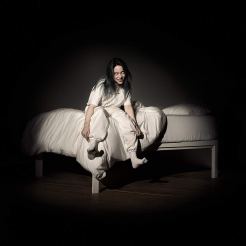 When We All Fall Asleep, Where Do We Go? By Billie Eilish

Only 17 when the album was released in March, Eilish blends Indie electronic, pop, and hip-hop to create songs that can be spooky, sweet, and intense, similar in many respects to both Lorde and Lana Del Rey.

How many of these favourites have you checked out for yourself? We’ll be back next week with more of the best from 2019, so be sure come come back and see what other great books, music, and movies made the list.